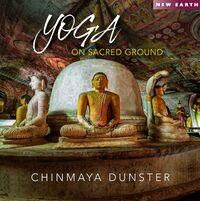 New Earth Records, Inc. is a music label based in Boulder, Colorado, USA. The first publisher of Osho’s meditation and music CDs, it has gone on to produce over 250 albums of meditation, relaxation and spa music.

The company’s founders, Bhikkhu and Waduda, were part of the Osho commune in Pune. In autumn of 1989, they presented to Osho an idea for the creation of Osho Active Meditation CDs, as they were only available on audio cassette at the time. Osho approved and gave the name Tao Music for the project. In February of 1990, after Osho had left the body, Bhikkhu and Waduda started the company in Munich. Their focus at the beginning was mainly on Osho meditation music and Osho talks. This was a period when Osho was very unpopular due to the Ranch controversy, but they steadily built up a CD catalog and worldwide distribution network.

Although initially the meditations were the backbone of the company, they branched out into music for spa and relaxation. To reach a worldwide audience, they moved to Boulder, Colorado, USA in 1995 and later became US citizens.

Their roster of artists included Prem Joshua, Miten, Chinmaya Dunster, Deuter, and many others. They created a total of over 250 albums, becoming successful and well-known around the world.

In 1993, the company name changed to New Earth Records, Inc. due to a trademark dispute in Germany.