Jainism means something in Buddhism , Pali, Hinduism , Sanskrit, Jainism , Prakrit, the history of ancient India. If you want to know the exact meaning, history, etymology or English translation of this term then check out the descriptions on this page. Add your comment or reference to a book if you want to contribute to this summary article. Source : Pure Bhakti: Bhagavad-gita (4th edition) Jainism (जैनिस्म्) refers to “a religious movement begun many hundreds of years ago by King Arhat. The strict followers of Jainism idealistically try to emulate Mahārāja Ṛṣabhadeva by practising non-violence and by not using vehicles. Ṛṣabha was an avatāra of Śrī Kṛṣṇa, whose history is described in the Fifth Canto of Śrīmad-Bhāgavatam ”. ( cf . Glossary page from Śrīmad-Bhagavad-Gītā ). 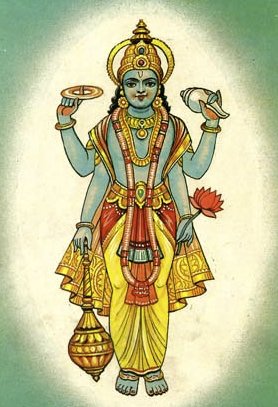 Source : Buddhist Door: Glossary A religion founded by Nataputta, who was a royal clan of the Nata tribe in ancient India at the time of Shakyamuni. Similar to Buddhism, its basic doctrine is non materialistic atheism.

Source : Jain eLibrary: 7th International Summer School for Jain Studies Jainism:—The word Jain is derived from the word jina (spiritual conqueror). Jina is a perfect human being who has attained pure soul state associated with the four primary qualities namely infinite perception-knowledge-energy and bliss. He is an ordinary human being at the time of birth but through his strenuous spiritual purification efforts, he attains this state. Followers of the path shown by Jina are called Jains.

Source : archive.org: Social Life In Medieval Rajasthan Jainism in Rājasthān.—Jainism was a popular and living religion and was followed by trading classes, wealthy sections of the society. Jainism had gained a firm footing here (in Rājasthān) since the early part of the 10th century A.D. It also seems that progress of Jainism in this part of the country was largely due to the efforts of celebrated Jaina monks of various orders. By having a mastery of the different Indian systems of philosophic thought, astronomy, astrology and poetics, undoubtedly their influence in the spread of Jaina doctrines throughout Rājasthān had been considerable.

Copious information is available regarding several schools of Jaina monks, the Khartara, Tapā, Anchala, Sander, Lukā, Kamal Kalash, Braliman and Sagara Gachchhas. Hundreds of such names can be cited to show that a large number of temples were constructed under their leadership.