Brahmin means something in Buddhism , Pali, Jainism , Prakrit, Hinduism , Sanskrit. If you want to know the exact meaning, history, etymology or English translation of this term then check out the descriptions on this page. Add your comment or reference to a book if you want to contribute to this summary article. 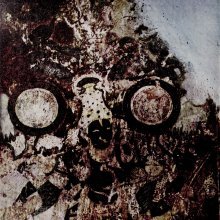 [ «previous (B) next» ] — Brahmin in Theravada glossary

Source : Access to Insight: A Glossary of Pali and Buddhist Terms The brahman (brahmin) caste of India has long maintained that its members, by their birth, are worthy of the highest respect. Buddhism borrowed the term brahman to apply to those who have attained the goal, to show that respect is earned not by birth, race, or caste, but by spiritual attainment. Used in the Buddhist sense, this term is synonymous with arahant.

Source : HereNow4u: Tīrthaṅkara (ford maker) and Kevalīs (omniscient) A Brahmin is a practitioner of celibacy, truth, contentment and abiding alms seeker whereas a Kṣatriya is brave, expert of war tactics, brilliant, and effective. In preserving and maintaining religious order along with practice of celibacy, truth, character, etc. along with vigour is essential. A person born in a Brahmin caste is peaceful, of a good character and soft nature, also needs vigour and imposing personality. Propagation of non-violence ( ahiṃsā ) by a person like a Brahmin is not effective as he lacks bravery. But when a brilliant person from the Kṣatriyas courageously gives up weapons and warfare and royal grandeur and talks of ahiṃsā , certainly it has an impact.

[ «previous (B) next» ] — Brahmin in Sanskrit glossary