Asanga means something in Buddhism , Pali, Hinduism , Sanskrit, Jainism , Prakrit, Marathi. If you want to know the exact meaning, history, etymology or English translation of this term then check out the descriptions on this page. Add your comment or reference to a book if you want to contribute to this summary article. 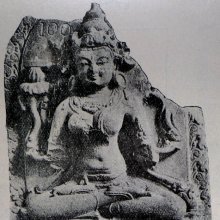 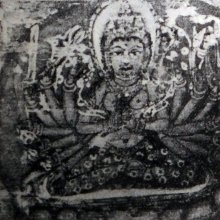 [ «previous (A) next» ] — Asanga in Tibetan Buddhism glossary

Source : archive.org: The Indian Buddhist Iconography Asaṅga (असङ्ग) was a brother of Vasubandhu (280-360 A. D.) and a practitioner of Tantric Buddhism.—Tārānātha (Tārānāth) is reported to have said that Tantrism existed from very early times and was transmitted in a secret manner from the time of Asaṅga down to the time of Dharmakīrti. Asaṅga who was a brother of Vasubandhu (280-360 A. D.) must have flourished circa 300 A. D. and Dharmakīrti who is not mentioned by the Chinese traveller Hiuen Thsang but is referred to with great respect by I-Tsing very probably belonged to a period between 625-675 A. D.

Source : Buddhist Door: Glossary Brother of Vasubandhu. Originally trained as a Hinayanist, but converted his brother Vasubandha to become Mahayanist. They both established the Yogacara School of Buddhism. Source : Buddhism Tourism: Glossary of Buddhist Terms The Buddhist who established the Yogcara School of Buddhism. He is considered the author of Mahayanasamgraha, Abhidharmasamuccaya and a commentary on the Samdhinirmocana.

Source : academia.edu: The Chronological History of Buddhism Asaṅga (असङ्ग).—According to Tibetan sources, Asaṅga (965-900 BCE) and Vasubandhu (963-883 BCE) were half-brothers from Puruṣapura of Gāndhāra Janapada and born 900 years after Buddha nirvana. Asaṅga’s father was a Kśatriya whereas Vasubandhu’s father was a Brāhmaṇa. Prasannaśīlā was the mother of Asaṅga and Vasubandhu. Professor J. Takakusu published “The Life of Vasubandhu by Paramārtha” in the year 1904. It is a translation from a Chinese manuscript. It states that a Kauśika Brāhmaṇa family of Puruṣapura (Peshawar) had three sons, Asaṅga, Vasubandhu and Viriñchivatsa. Asaṅga studied Hīnayāna texts from Arhat Pindola and also studied Mahāyāna texts. Hiuen Tsang mentions that Asaṅga initially followed Mahishasaka sect of Buddhism but later he became Mahayanist.

Source : Wisdom Library: Jainism Asanga (असन्ग) is the Prakrit name of a Yakṣa chief, obiedient to Vaiśramaṇa (god of wealth, also known as Kubera), according to the Bhagavatī-sūtra, also known as The Vyākhyāprajñapti (“Exposition of Explanations”). The Bhagavatī-sūtra is the largest of twelve Jain āgamas and was composed by Sudharmāsvāmī in the 6th century.

Source : DDSA: The Molesworth Marathi and English Dictionary asaṅga (असंग).—a (S) Lone, solitary, wanting a companion. 2 That is not to be associated with. Pr. asaṅgāsīṃ saṅga prāṇāsīṃ gāṇṭha .

Source : DDSA: The Aryabhusan school dictionary, Marathi-English asaṅga (असंग).— a Lone; that is not to be associa- ted with. m Absence of companion- ship.

6) Pride about the authorship of a thing ( kartṛtvābhimāna ),

Asaṅga is a Sanskrit compound consisting of the terms a and saṅga (सङ्ग).